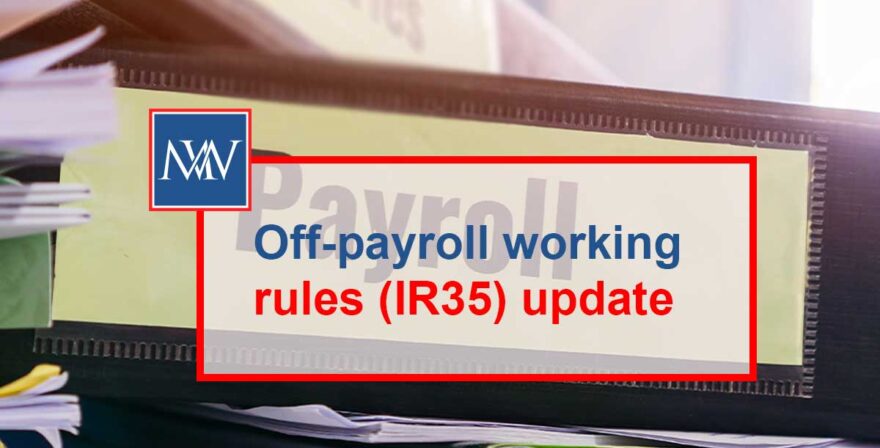 The off-payroll working rules, known as IR35, were introduced in 2000 to ensure that someone working like an employee, but through a limited company, pays similar levels of tax to other employees.

Broadly, the IR35 rules require an individual to determine whether they would be employed or self-employed for tax purposes, if they were working directly for their client, without an intermediary company in the contractual chain. The rules only apply to individuals who are working like employees under the current employment status tests, and do not apply to the self-employed.

Over the past ten years, various steps have been taken to improve the effectiveness of the IR35 rules, with limited success.  In April 2017 the Government reformed the way in which the rules operate in the public sector.  The reform shifted the responsibility for determining employment status from an individual contractor to the organisation engaging them.

The rules for public sector organisations are now being extended to medium and large organisations in all sectors of the economy. The relevant legislation for this is included in Finance Act 2020, which has now received Royal Assent.

The changes were intended to take effect from April 2020, but due to the impact of the coronavirus on the economy, this extension has been delayed until 6 April 2021. From that date, non-public sector organisations caught by the rules will become responsible for assessing the employment status of individuals who work for them through their own limited company.

HMRC expect the changes to impact some 170,000 freelancers and 20,000 agencies that provide workers to medium and large-sized organisations.

Employers need to get ready for the changes ahead of the 6 April 2021 implementation date, and many organisations have already begun doing so. HMRC have confirmed that they will re-launch their package of customer education and support later this year, and the next HMRC Employer Bulletin publication in October will include a full timetable for the support available including webinars, updated guidance and helpful communications resources for employers to cascade to contractors and organisations they engage with.

Preparation work to be undertaken before the changes come in may include the following:

The Check Employment Status for Tax tool (CEST) is already available for organisations and contractors to consider the appropriate employment status for tax for contracts running beyond 6 April 2021.

HMRC have confirmed that they will stand by the results given by the CEST tool, provided it is used in accordance with their guidance and the information entered is accurate, and remains accurate. This is regardless of when the tool is used ahead of April 2021, and means employers can already use the tool for engagements that start in April 2021 onwards.

HMRC have also said that they will continue to refine and improve the support available ahead of April 2021 based upon customer feedback, but any preparation done now will remain valid for April 2021.

Can You Claim Business Asset Disposal Relief on The Sale of The Holiday Let? 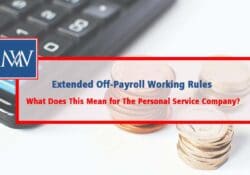 Extended Off-Payroll Working Rules – What Does This Mean for The Personal Service Company? 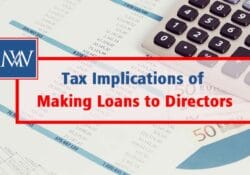