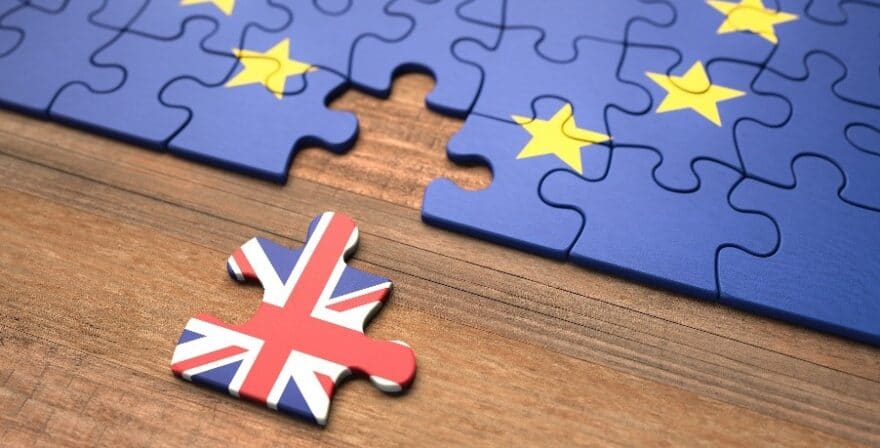 Welcome to our Brexit newsletter. There will be new rules for trade, travel and living in the UK and EU from 11.00 pm on the 31 December 2020. Our aim is to provide you with information and resources to help you manage the change as smoothly as possible.

The UK Prime Minister, Boris Johnson, UK Chief negotiator David Frost and EU negotiator Michel Barnier continue to offer differing messages to the public about Brexit, some are positive, some ambivalent and occasionally negative remarks about the negotiations. It is hard to see through the comments made and whether we can take them at face value as, after all, there is a negotiation going on.

So what can we expect with less than 43 days to go?

Firstly, remain positive about the UK and EU reaching some kind of free trade deal or arrangement. It does not benefit anyone for the UK to leave the EU without a deal of some kind.

Secondly, if there is no deal, expect both parties to return to the negotiating table in the new year.

Whatever the outcome there are significant changes ahead for travel and trade.

If you haven’t made your business preparations, check out the Brexit transition website: 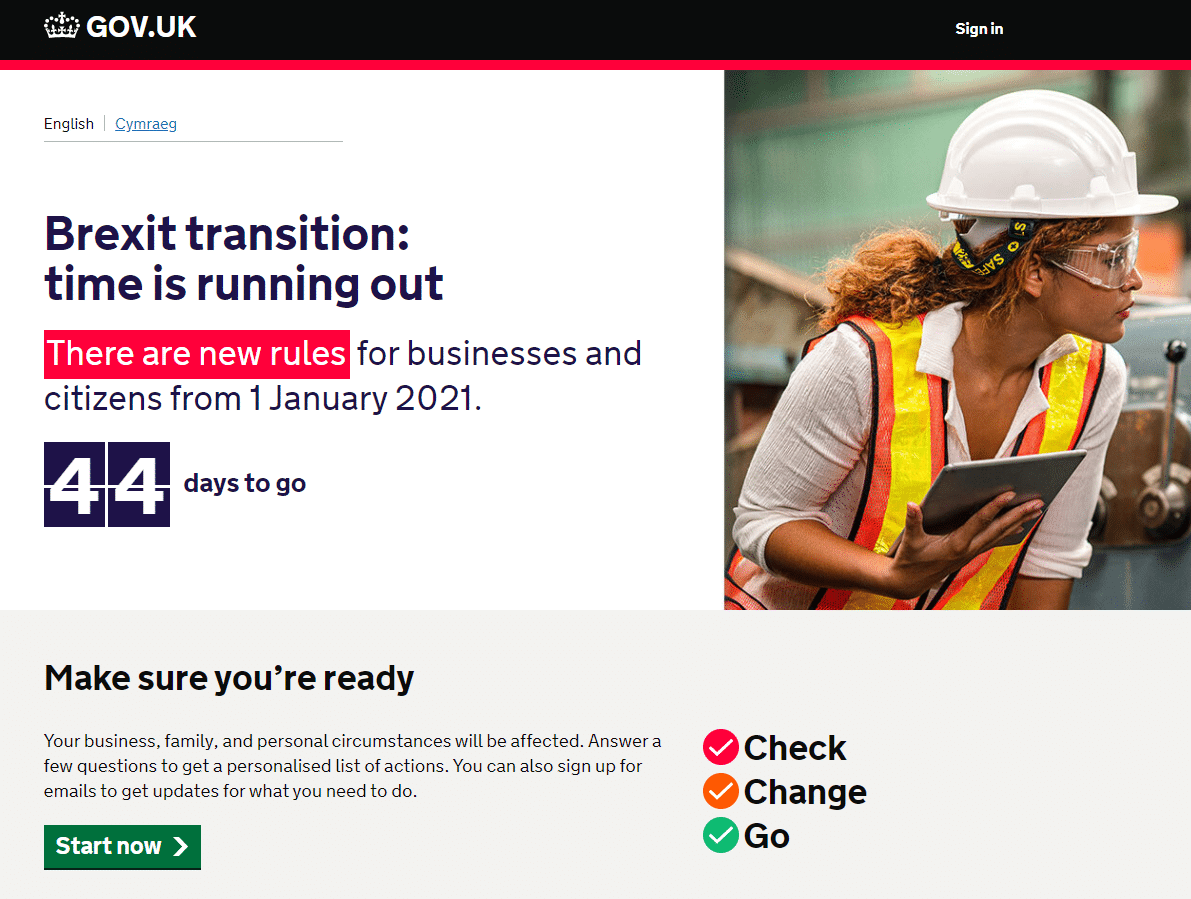 If you trade with the EU and have not yet made preparations then here is a summary of actions to take:

WHAT ACTIONS HAS THE GOVERNMENT TAKEN TO DATE?

Post-Brexit legislation preparing the UK for life outside EU institutions next year have been drafted or are being reviewed by Parliament. The immigration Bill received Royal Assent last week. This ends freedom of movement on 31 December and replaces it with a new points-based system. 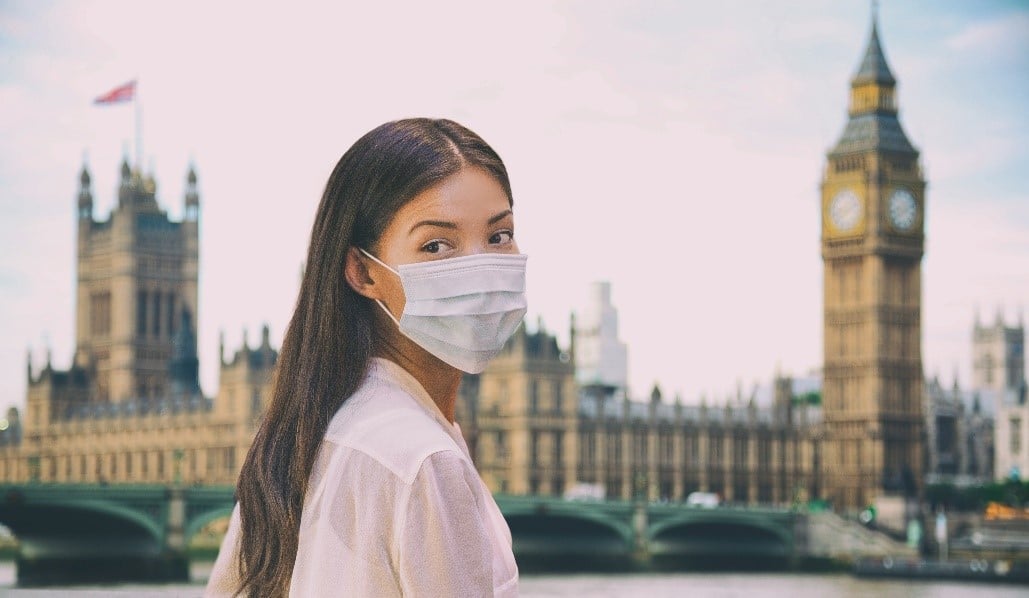 If your business relies on EU or other non UK workers then check out the transitional arrangements to 30 June 2021 and the new rules here: https://www.gov.uk/settled-status-eu-citizens-families

We can expect to see further progress to bring existing EU laws and rules into UK legislation before the end of the transition period. For example, the Financial Services Bill was introduced on the 21 October to maintain the UK’s regulatory standards and openness to international markets.

This Bill is the first step in shaping a regulatory framework for the UK’s financial services sector outside of the EU.

In addition to passing legislation to ensure UK rules and regulations are transparent at the end of the transition period, the Government is also negotiating new trade deals. Whilst the UK was an EU member, the UK was part of 40 trade deals which the EU had with more than 70 countries.  More than 20 of these existing deals, covering 50 countries or territories, have been rolled over and will start on 1 January 2021.

It is worth noting fifty-two countries currently have free trade deals in place with the UK for the end of the Brexit transition period. These agreements account for only 10 per cent of the UK’s total cross-border trade, according to last year’s figures from the Office for National Statistics (ONS).

On 23 October, the Government signed a new trade agreement with Japan, which means that 99% of UK exports there will be free of tariffs.

There are further trade talks with Australia, the US and New Zealand. If and when these talks come to a trade deal only time will tell.

EU-UK trade accounts for half of overall UK trade and seven of the UK’s top ten trading partners are EU members. That is the main reason why we all hope a trade deal happens!

We must all be prepared for changes in the way we travel and trade with Europe. Even if there is a free trade deal the key thing to remember is that there will be a UK border which will mean paperwork and border checks.

Businesses that trade with the EU must get familiar with customs declarations as these will be essential for accounting for VAT.

Depending on what contracts a business has with its customers in Europe, it may have to factor in that goods could take longer to get there, meaning extra costs and administration.

In the short term there will probably be delays at the border, so it is important businesses map out supply chains and think about how to do things as efficiently as practicable post transition.

Please talk to us about your plans post transition, we can assist in a number of ways including helping you account for VAT, looking at your accounting systems and pointing you in the direction of specialists to assist with the Trading administration.