Changing a will after death 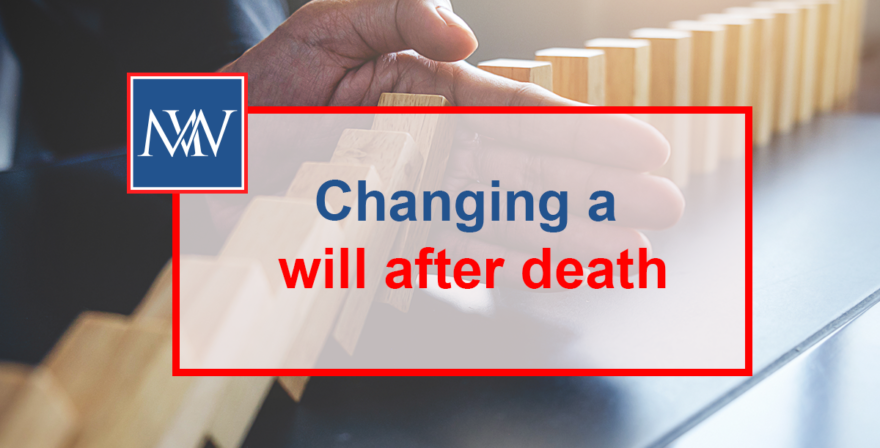 Changing a will after death

As long as certain conditions are met, it is possible to change a will after death. This is known as a post-death variation, and it can be a useful tax planning tool.

A post-death variation can be made to:

Conditions that must be met

In order to vary a will after the deceased has died, the following conditions must be met:

Although there is no requirement for new beneficiaries to sign the deed of variation, this is often done as good practice.

Where a deed of variation is made, the will is treated as if applied, as so varied, at the date of the deceased’s death.

Once made cannot be undone

Once a deed of variation has been made, it cannot be undone. It is therefore advisable to take advice prior to varying a will.

Bill dies in October 2019 leaving an estate of £1.5 million splits equally between his wife, Barbara, and his sons Simon and Philip.

The family agree to vary the will so as to leave everything to Barbara to benefit from the inter-spouse exemption. Bill’s unused nil rate band will be available on Barbara’s death. Her will provides for everything to be left equally between her sons.

Simon and Philip must agree to be a party to the deed of variation as they are adversely affected by the redirection.

The deed of variation is made in February 2020. The changes are deemed to be effective from the date of Bill’s death as if they represented his will at that time.

For more information Changing a will after death, Book a Free Consultation