Closing a business when a member’s voluntary liquidation is beneficial

Closing a business when a member’s voluntary liquidation is beneficial

Although it is possible to strike off a company and for distributions made prior to dissolution to be treated as capital rather than as a dividend, this is not an option where the amount of the distributions exceeds £25,000.

Where the taxpayer’s personal circumstances are such that it is beneficial for the remaining funds to be taxed as capital (and liable to capital gains tax), rather than as a dividend, a member’s voluntary liquidation (MVL) can be an attractive option, as depending upon the level of funds to be extracted the costs of the liquidation may be more than covered by the tax savings that can be achieved.

What is an MVL?

An MVL is a process that allows the shareholders to put the company into liquidation. This route is only an option if the company is solvent (i.e. its assets are greater than its liabilities). The directors must sign a declaration of solvency confirming that the company is able to pay its debts in full within the next 12 months and 75% of the members must agree to place the company into liquidation. The shareholders must pass a special resolution to wind up the company. They will also need to pass an ordinary resolution to appoint liquidators. The liquidator must be a licenced insolvency practitioner.

What are the tax implications?

Under a member’s voluntary liquidation (MVL) the capital extracted from the company is treated as a capital distribution and is liable to capital gains tax, rather than being taxed as a dividend. Where entrepreneurs’ relief is in point, the rate of tax will only be 10%, assuming enough of the entrepreneurs’ relief lifetime limit remains available. If significant funds are available for distribution, this can generate considerable tax savings.

Edward and Oliver are directors of a company in which they both own 50% of the shares and 50% of the voting rights. Each is entitled to 50% of the profits available for distribution and 50% of the assets on a winding up.

They wish to wind the company up, but as they have cash and assets of £10 million to distribute, they opt for an MVL, to allow them to take advantage of the capital gains tax treatment. Both are additional rate taxpayers, and both meet the qualifying conditions for entrepreneurs’ relief.

Edward and Oliver each receive £5 million on the winding up of the company. They both have the full amount of the entrepreneurs’ relief lifetime limit (£10 million) unused, and it is assumed for simplicity that the annual exempt amount has been used elsewhere. The gain is therefore taxed at 10% and each will pay tax of £500,000 on their distribution of £5 million. 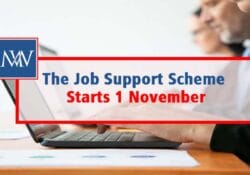 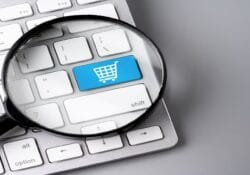 The Ecommerce Directive After The Transition Period 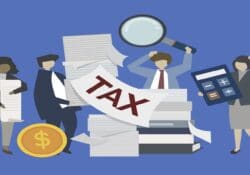 Customs Declarations For Goods You Bring Or Receive Into The UK