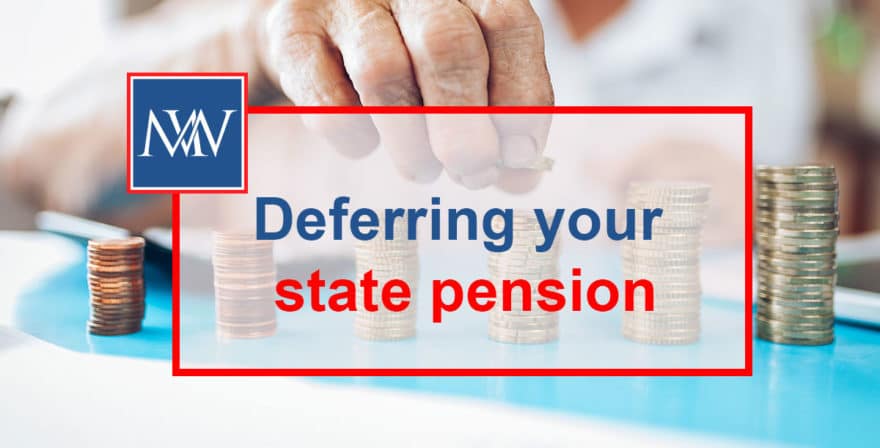 The state pension is taxable.

State pension age reached on or after 6 April 2016

It is not possible to take a deferred pension as a lump sum where state pension age is reached on or after 6 April 2016.

Under the pre-April 2016 rules applying to those who reached state pension age before 6 April 2016, it is possible to take the deferred pension as a lump sum if it has been deferred for at least 12 months in a row. Interest is also paid at 2% above the Bank of England base rate. This can be taken in the year in which the state pension is claimed or the following year.

Deferring the state pension can be a useful way to increase your weekly pension if you do not need it immediately on reaching state pension age.