Entrepreneurs’ Relief (ER) but not as we know it

Entrepreneurs’ Relief (ER) but not as we know it

Broadly, the lifetime limit of £10m is to be reduced to £1m for disposals on or after 11 March 2020. The measure also provides that the lifetime limit must take into account the value of entrepreneurs’ relief (ER) claimed in respect of qualifying gains in the past. The relevant legislation is included in Finance Bill 2019-21, so is currently subject to enactment.

Qualifying gains within the lifetime allowance are charged at the rate of 10%. Gains in excess of this limit are charged at the rate of 20% rate. For disposals between 6 April 2011 and 10 March 2020, the lifetime limit on gains qualifying for entrepreneurs’ relief (ER) is £10 million. The £10 million limit is a lifetime threshold and claims may be made against it on more than one occasion. Finance Bill 2019-21 also includes provisions to rename entrepreneurs’ relief (ER) as ‘business asset disposal relief’ from 2020-21 onwards.

Selling all or part of a business

To qualify for business asset disposals relief, both of the following must apply:

The same conditions apply if the business is closing rather than being sold. The business assets must be disposed of within three years to qualify for relief.

To qualify, both of the following must apply for at least two years before the shares are sold:

If the number of shares held falls below 5% because the company has issued more shares, the investor may still be able to claim business asset disposals relief. The investor should elect to be treated as if they had sold and re-bought the shares immediately before the new shares were issued. This will create a gain on which entrepreneurs’ relief (ER) can be claimed.

The investor can also elect to postpone paying tax on that gain until they come to sell the shares. This is usually done via the self-assessment tax return. If the company stops being a trading company, entrepreneurs’ relief (ER) can still be claimed if the shares are sold within three years.

To qualify, both of the following must apply:

For more information on Entrepreneurs’ Relief, Book a Free Consultation 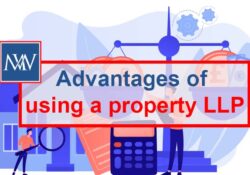 Advantages of using a property LLP 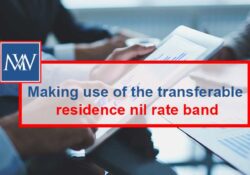 Making use of the transferable residence nil rate band 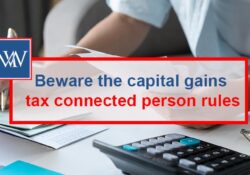