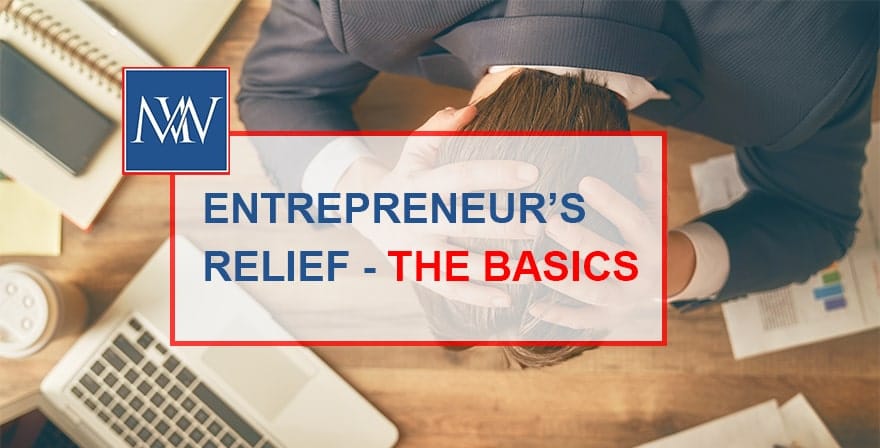 Entrepreneurs’ relief is intended to reduce the rate of capital gains tax to a flat rate of 10% on certain qualifying business disposals. Certain aspects of the relief have recently changed, and this may affect any subsequent tax liability.

A qualifying business disposal must include a material disposal of business assets. For these purposes, a disposal of business assets is a disposal of:
a) the whole or part of a business;
b) of (or of interests in) one or more assets in use, at the time at which the business ceases to be carried on, for the purposes of the business; or
c) one or more assets consisting of (or of interests in) shares or securities of a company.
Formerly, to qualify for relief, the assets or shares had to be held by the individual for at least 12 months to the date of disposal. However, the length of ownership condition has recently been increased such that, for disposals made on and after 6 April 2019, the taxpayer will have to have held the assets or shares for at least 24 months for the relief to apply.

All three of these conditions must be met for the whole of a 24-month period (for disposals from 6 April 2019) that ends with the disposal of the shares, cessation of the trade, or the company leaving the trading group and not becoming a member of another trading group.

Conditions numbered 3, and 4 were added for disposals made on and after 29 October 2018. However, the way the law was drafted would have made it difficult for some taxpayers to determine whether those conditions had been met for the full qualifying period. Therefore, the original draft legislation was modified before enactment to include an alternative test to both those, namely that in the event of a disposal of the whole of the ordinary share capital of the company, the individual would be beneficially entitled to at least 5% of the proceeds.

Where an individual’s shareholding has fallen below 5%, as a result of a fundraising event involving the issue of additional shares which takes place on or after 6 April 2019. The equity funding share issue must be made wholly for cash and be made for commercial reasons, and not as part of arrangements driven by tax avoidance.

In these circumstances the shareholder will be entitled to the relief which would otherwise be lost, by making one or both of the following elections:
• claim the relief on a deemed sale and reacquisition at market value at the point immediately before the additional shares are issued which removes the personal company qualification; or
• defer taxation of the gain made on this deemed sale until the actual disposal of the shares.

The second election will generally be required as the taxpayer will make a deemed sale with no sale proceeds with which to pay the CGT due.

If neither of the elections is made the taxpayer will pay the CGT on the gain with no entrepreneurs’ relief at the time it arises.