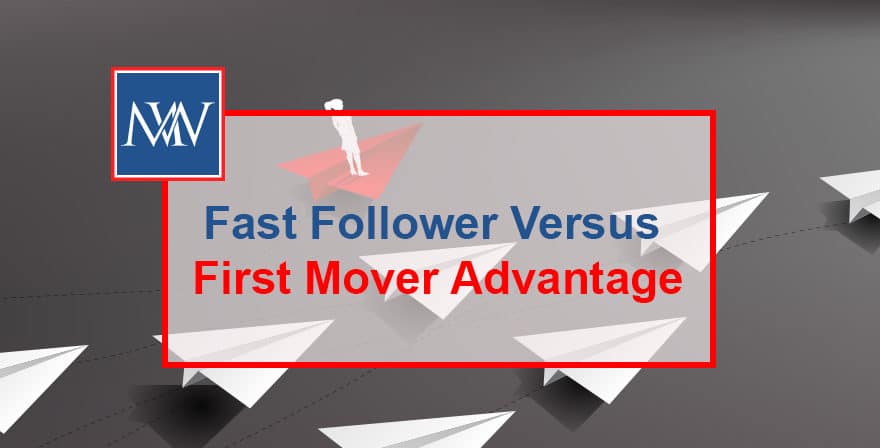 Most of us are familiar with the term “first-mover advantage” but sometimes the “fast follower” is the winner.

A Fast Follower is a company that quickly imitates the innovations of its competitors by collecting research and data. By figuring out the innovations that seem to have the greatest potential, companies are able to weed out the “duds.” For example, many people consider Google to be the innovator of the pay per click search engine. Google was actually a Fast Follower. A firm called Overture came out with this idea two years before Google launched its superior version.

By learning what Overture was doing right, Google was able to spend more time focusing on what they could do better. This learning process is one of the main components of the Fast Follower strategy.

A similar situation occurred in the mobile phone market. Motorola pioneered the mobile phone. Samsung and Apple were late to the party but today they are market leaders in this highly competitive market sector because they found a way to do it better – they focused on making smart-phones with touch screens, great cameras, email and internet functionality.

The First Mover generally has to invest considerably in research and development. They have to test various options before bringing their new innovation to the market. Fast Followers can leverage off the research that has already been invested in by the First Mover so their time to market is faster and their research & development costs are usually lower.

That said, the First Mover will set the benchmark for their particular market. Fast Followers, therefore, have to work hard to offer a solution that is better in some way. The Fast Follower needs to get this right.

Consumers are generally more forgiving of First Mover errors. If a Fast Follower enters a particular market, the existing customers of the First Mover will have set their expectations and they will tend to expect the Fast Follower to meet or even exceed those standards, in order to trigger a buying decision.

While First Movers can gain a competitive edge and initial market share, there’s a lot to be said for the Fast Follower approach and learning from the mistakes of others. However, Fast Followers need to be just that – FAST.