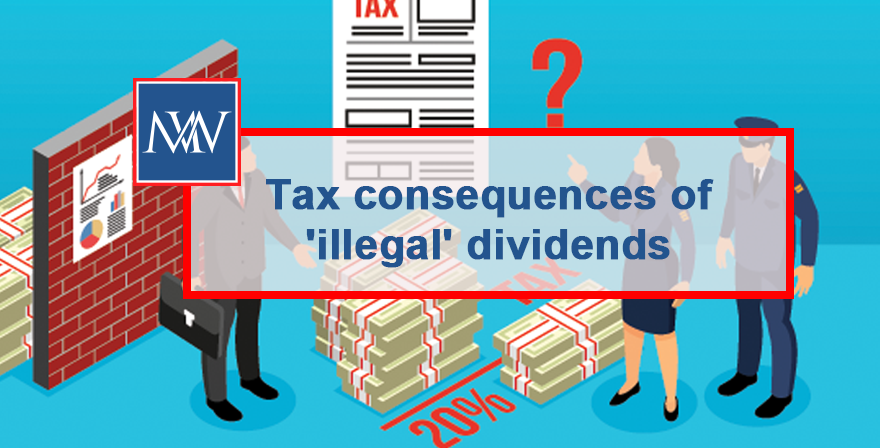 Dividends can only be declared out of a company’s available undistributed profits, and if the payments are to be legal then the correct administrative procedures need to be followed. If a director sanctions illegal dividend payments, there can be significant tax for both the individual concerned and the company even if the director was unaware of the non validity of the dividend at the time.

Just because the company’s bank account is in credit does not necessarily mean that sufficient profit has been made to cover the dividend payment and it is the amount of ‘retained profit’ that needs to be calculated whenever declaring a dividend.

‘Retained profit’ is defined in the Companies Act 2006 as being ‘accumulated realised profits less ….accumulated, realised losses’. Therefore, a dividend can be paid in a loss-making period provided that there are sufficient ‘distributable’/retained profits brought forward making an overall profit. Conversely a dividend cannot be paid if a profit had been made in an accounting period but retained losses brought forward mean that the overall result is a loss.

If a dividend is declared and there was insufficient retained profit at the time such that the dividend was ‘illegal’, then the dividend is treated as void and the shareholder is treated as not having received a distribution. Where the recipient shareholder knows or should have known that a dividend (or part thereof) is illegal, that shareholder is liable to repay the dividend (or the proportion that exceeds available reserves) to the company if it has already been distributed. It would be difficult for an active director/shareholder to state that he or she did not know that a dividend should not have been paid (this might not necessarily be the case if the director/shareholder was not that involved with the company). Indeed, HMRC’s Corporation Taxes Manual at 5205 states that ‘when dealing with private companies controlled by directors who are shareholders, such a member [shareholder] ought to know the status of the dividend’.

If the dividend is not repaid and the shareholder is also a director or employee of the company, the company will be deemed to have made a loan to the shareholder. As it is unlikely that interest would have been paid, this deemed loan will trigger a benefit-in-kind under the rules for taxable loans to employees; a notional interest rate being charged (currently 2.5% per annum), on which the employee will be taxable should the loan be more than £10,000 at any time in the tax year. P11D forms will need to be completed to account for the ‘beneficial interest’ on loans of more than £10,000. As with all P11D benefits, Class 1A National Insurance will need to be paid by the company on the benefit.

HMRC would probably argue that the dividend represents a ‘loan to a participator’, on which the company is liable to a tax charge under CTA 2010 s 455. Such a charge arises when a company lends money to its directors or employees and the loan is not repaid within nine months and one day of the accounting year end.

The rate of tax payable is the same as the higher ‘dividend tax’ rate of 32.5% on the gross amount paid. This amount is payable even if the company is making a loss and there is no corporation tax due but only if the loan is outstanding at the due date of corporation tax.

Showing illegal dividends in the company accounts can make the company look insolvent with negative balances on the balance sheet; this can affect the company’s ability to gain credit from a lender or suppliers and may breach current agreements – it may also provide HMRC with an excuse to start an enquiry.