What is meant by taking ‘reasonable care’? 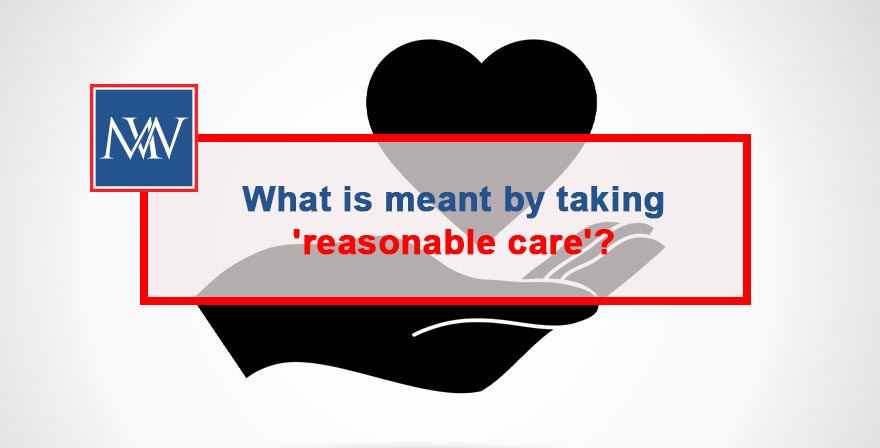 What is meant by taking ‘reasonable care’?

All taxpayers have a responsibility to complete their tax returns correctly, to the best of their ability. However, inevitably, mistakes occur which may not be the taxpayer’s fault; other times the ‘error’ may be deliberate. There is a statutory definition of ‘careless’ which provides that an ‘inaccuracy in a document given by [a person] to HMRC is “careless” if the inaccuracy is due to the failure by [the person] to take reasonable care.

HMRC provides its understanding of ‘reasonable care’ in its Compliance Handbook by giving examples of errors made despite reasonable care having been taken (for which no penalty would be due) as well as examples of ‘careless’ errors (HMRC CH81145). However, it must be remembered that HMRC’s guidance is only their view of the rules rather than the actual law.

The difference between ‘deliberate’ and ‘careless’ behavior can be narrow. In deciding whether the non-disclosure was ‘reasonable’, HMRC will look at several factors including the taxpayer’s abilities and circumstances, the complexity of the taxpayer’s tax affairs, and whether any systems of control and records were in place. They will also consider whether the taxpayer is represented, the belief being that in most cases an unrepresented taxpayer will have a lower understanding of the complexities of tax law than a represented taxpayer. If a taxpayer consulted with a tax adviser with appropriate expertise, HMRC would normally consider this as having taken ‘reasonable care’ unless the information submitted was not ‘accurate and complete’.

HMRC offers the following basic guidance as to what might constitute a ‘reasonable excuse’:

Deemed to be self-employed

HMRC also quotes a rare instance where a taxpayer believed that they were employed but on further investigation was deemed to be self-employed. In this situation, their ‘reasonable’ excuse for not submitting a self-assessment return and possibly VAT returns would be valid.

HMRC has a penalty regime in place where it is found that an inaccuracy leading to an underpayment of tax has been made. The level of penalty depends on whether the error was ‘careless’ or ‘deliberate but not concealed’ or ‘deliberate and concealed’. Reductions are possible if the disclosure of the error is ‘prompted’ or whether HMRC discovered it themselves as well as the level of assistance the taxpayer gives HMRC in ascertaining the accuracy of the disclosure (e.g. giving HMRC access to records). No penalty is levied if the taxpayer took ‘reasonable care’ however, the maximum penalty for a ‘careless’ error is 30% of the additional tax. If the penalty was a ‘deliberate but not concealed’ error the maximum penalty is 70% or 100% for an error that is ‘deliberate and concealed’ (but note that if the error involves an offshore matter, the penalties are potentially much higher, up to a statutory maximum of 300%). ‘Deliberately’ means that the taxpayer was aware of the error but either chose not to come forward and declare or that they knew the figures on the return were wrong when submitted.

The burden of proof that the taxpayer acted ‘deliberately’ falls on HMRC which must back up whatever assertion they are making. HMRC’s Compliance Handbook manual (CH54300) confirms this when it states: ‘the onus of proof of careless or deliberate behaviour is on HMRC and that the standard of proof is on the ‘balance of probabilities.