What makes a property a residence? 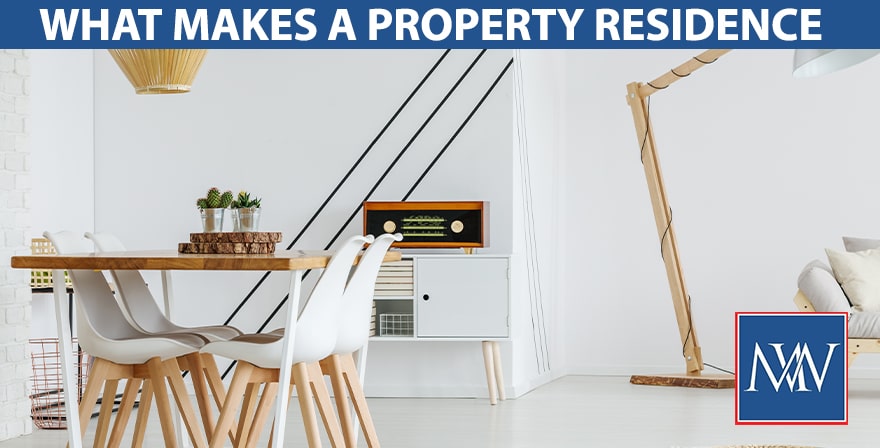 What makes a property a residence?

Capital gains tax private residence is relief is available where a property is occupied as the taxpayer’s only or main residence. The question of what constitutes ‘occupation as a residence’ was considered recently by the Tribunal, with perhaps surprising results.

There is no minimum period of residence that is needed for private residence relief to be in point; rather it is necessary to look at the quality of the occupation. The term ‘residence’ is not defined in the legislation is relation to private residence relief, and thus takes its ordinary everyday meaning, i.e. the place where a person lives – their home.

Need to cook, eat, sleep and do laundry

In Hezi Yechiel TC06829 the Tribunal considered whether the taxpayer occupied the property in question as his main home. He had purchased it 2007 intending to make it a home for himself and his then fiancée. The property required a significant amount of work and planning permission was sought to extend the property. The taxpayer got married in 2008, but the couple separated in early 2011 having never lived in the property. Mr Yechiel moved into the property in April 2011. It was advertised for rent or sale in October 2011 and sold in August 2012. Mr Yechiel moved in with his parents, who lived 15 minutes away, in December 2011.

While the Tribunal accepted that Mr Yechiel occupied the property, they found that his occupation lacked the sufficient quality to constitute residence – it did not have the necessary degree of permanence. Mr Yechiels intentions were of importance, and he had no clear plan – he moved into the property as he needed somewhere to live, with the intention of living there for a period of time.

The Tribunal considered not only his intention, but also what he did and did not do in the property. He slept there, but spent a considerable part of the day at his parents’ home. He did not cook at the property and his laundry was done by his mother.

The Tribunal considered ‘that to have a quality of residence, the occupation of the house should constitute not only sleeping, but also periods of ‘’living’’, being cooking, eating a meal sitting down, and generally spending some periods of leisure there’. They found that Mr Yechiel’s occupation lacked sufficient quality to be considered a period of residence, and as such he was not entitled to private residence relief and lettings relief.

The moral of the story

Merely sleeping at a property is not enough to qualify it as a ‘residence’ – you must also do your laundry and cook there to satisfy the Tribunal.