Correcting an overpayment of wages 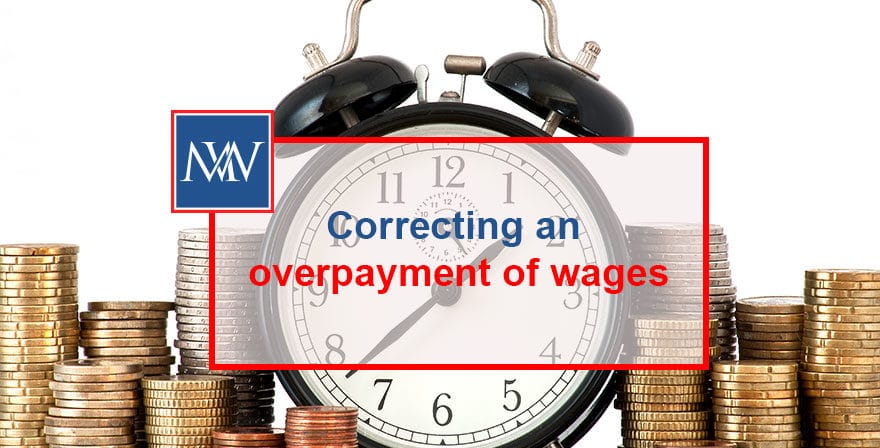 Correcting an overpayment of wages

Mistakes happen, and it can be very easy inadvertently to pay an employee too much when doing the wages. Perhaps a number was keyed in incorrectly or figures were transposed, or maybe commission was overstated or an employee was paid for more overime hours than they actually worked.

From an employment law perspective, an employer has the right to recover overpayments of wages from the employee. But what needs to be done to correct the mistake for tax and National Insurance purposes?

Adjustments during the tax year

It is relatively straightforward to correct an overpayment of wages where the mistake is discovered in the same tax year and the employee continues to be employed.

The mistake should be corrected in the next Full Payment Submission (FPS) sent to HMRC – this should show the correct payments to date and the correct net tax to date. The effect of this is that the PAYE deducted from the overpayment can be set off by reducing the next monthly remittance sent to HMRC. The employer should keep a note of both the reason for the adjustment and the method used to recover the net pay from the employer.

Mistakes discovered after the end of the tax year

The employee should also be informed of the mistake and given a replacement P60, clearly marked ‘replacement’. The employer will also need to agree with the employee how the overpayment is to be recovered.