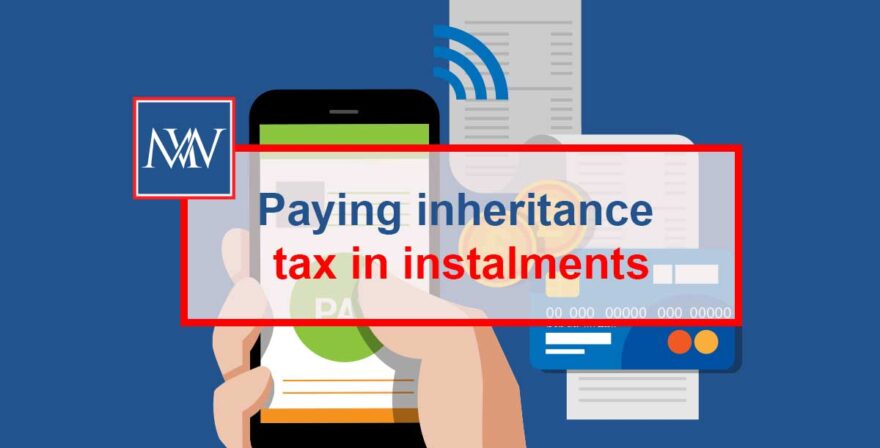 Inheritance tax is normally payable by the end of the sixth month following that is which the person died. So, for example, if someone died on 4 April 2020, any inheritance tax due on their estate would be due by 31 October 2020.

Often the deceased estate will include non-cash assets, such as property, shares and suchlike and the beneficiaries may need to sell some of the assets to realise the cash with which to pay the inheritance tax bill. The tax system recognises this and allows the inheritance tax on assets that may take some time to sell to be paid in instalments.

The executors must state on form IHT400 if they wish to pay inheritance tax in instalments. Inheritance tax on certain assets that take time to sell can be paid in equal annual instalments over 10 years.

However, if the assets have been sold, the tax must be paid in full.

Assets qualifying for payment in instalments

Inheritance tax can be paid in instalments on:

Payment can also be made in instalments where at least 20% of the inheritance tax owed by the estate is on assets qualifying for payment in instalments and paying them in a single lump sum will cause financial difficulty.

Where there is inheritance tax still to pay on gifts in the form of buildings, shares or securities or all or part of a business, this too can be paid in instalments.

If the deceased estate includoutstaes a business that is run for profit, if IHT is due, this can be paid in instalments on the net value of the business, but not on the business assets.

The first instalment is due on the normal IHT due date – the end of the sixth month after the month in which the deceased died. Subsequent instalments are due on this date each year for the next nine years.

The outstanding bill and any associated interest can be paid off at any time. Clearing the outstanding debt may be a preferred option if the assets are sold at a later date. A final settlement figure can be obtained from HMRC.

For more information on Inheritance tax, Book a Free Consultation 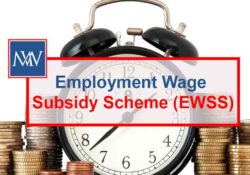 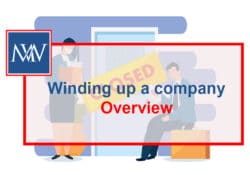 Winding up a company – Overview 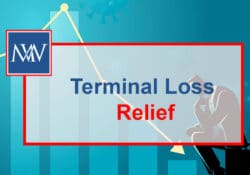