Travel expenses and the 24-month rule 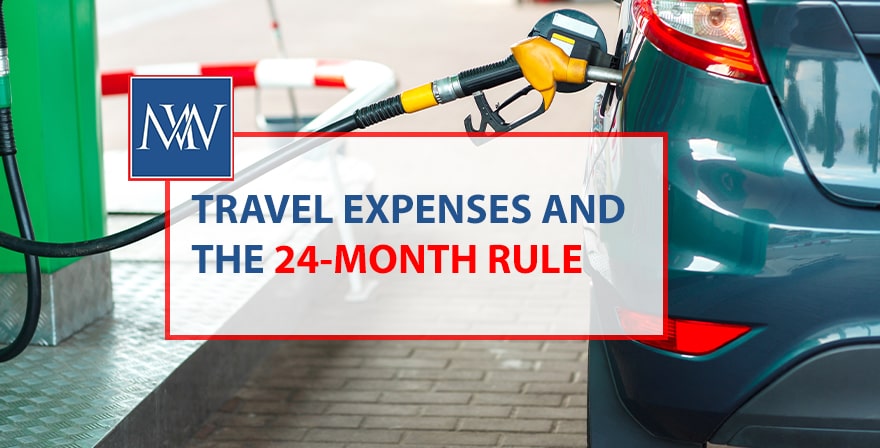 Travel expenses and the 24-month rule

As a general rule, employees are denied a tax deduction for the cost of travel between home and work. Likewise, subject to a few limited exceptions, if the employer meets the cost of the home to work travel, the employee is taxed on it.
One of the main exceptions to this rule is where an employee attends a ‘temporary workplace’. This is a workplace that the employee goes to in order to perform a task of limited duration or one that he attends for temporary purposes, even if the attendance is on a regular basis.

Example 2
James is a health and safety officer. He is based in the Liverpool head office. Each week he visits factories in Manchester and Buries to carry out safety checks. The factories are temporary workplaces as each visit is self-contained.
Consequently, James is allowed a deduction for travel expenses incurred in visiting the factories, even if he travels there from home.

24-month rule
A workplace does not count as a temporary workplace if the employee attends it in a period of continuous work which lasts, or is expected to last more than 24 months. A ‘period of continuous work’ is one where the duties are performed at the location in question to a ‘significant extent’. HMRC regard duties being performed to a ‘significant extent’ at a particular location if an employee spends 40% or more of their working time there.
The upshot of this rule is that where the employee has spent, or is likely to spend, 40% of their working time at the location in question over a period of more than 24 months, that location will be a permanent location rather than a temporary location. Consequently, home to work travel is ‘ordinary commuting’ (travel between home and a permanent workplace), which is not deductible.
It is important to appreciate that both parts of the test must be met for the workplace to be a permanent workplace – more than 40% of time spent there and over a period of more than 24 months.

Example 3
George is employed full-time at a care home in Southampton, a role which he has held for four years. He is sent to full-time work at a new care home in Bournemouth for three years, after which time he will return to the Southampton care home.

Fixed term appointments rule
An employee undertaking a fixed-term appointment is not entitled to relief for home to work travel, even where it lasts less than 24 months, if the employee attends the workplace for all, or almost all of the period which they are likely to hold the appointment.

Example
Imogen takes on a 12-month contract at an office in Marlow. Although the appointment is less than 24 months, the Marlow office is not a temporary workplace as Imogen works there for duration of the contract.
Tax exemption
If the employer pays or reimburses travel expenses which would be deductible if met by the employee, the payment or reimbursement is exempt from tax.